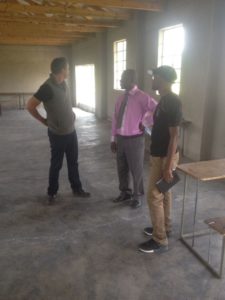 In 2013, the Redemptorists initiated a new rural mission in Chiweshe (about 2 hours drive from the Capital, Harare).  A needs assessment completed by the Redemptorists , highlighted the the need for investment in education infrastructure. The Redemptorist parish team in partnership with the Redemptorist Solidarity Office and with funding support from Misean Cara, resolved to invest in building the education infrastructure at Chiweshe (Marongwe School ) . On Sunday the 3rd of February 2018 Malcolm Salida and Isaac Davies arrived in Harare for a learning event focused on the  Chiweshe Education Project, and to close the construction phase of the project . The visitors were accommodated at St Gerards in Borrowdale, Harare. The meetings started on Monday with a drive to the site of the project in Chiweshe, Marongwe. Present at the meeting was Casper Mukabva who was the project Coordinator, Francis Kunaka the school manager who took over from Casper, Malcolm Salida representing Redemptorist International Solidarity, Isaac representing Coream Office in Nairobi, Simba Mariwande advisor and engineer, Mr Maphosa the Principal of the school and  Mr Bushu his deputy.  The learning event was facilitated by Malcolm as there were a number of themes to go through. The Learning Event followed a template developed by the Redemptorist Solidarity Office . The team had to review areas such as, project timeline, how the project has benefited the beneficiaries, does it represent value for money, the performance of these involved among many other areas. The meeting proceeded very well and ended with looking at possibilities of further working together to improve educational outcomes for children and young people in the Marongwe region . 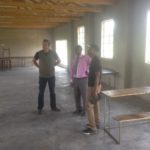 Malcolm Salida, Francis Kunaka and the principal Mr Maphosa showing the multi- purpose hall which is now being used for various activities and mainly as the exam Centre for students 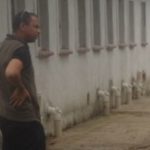 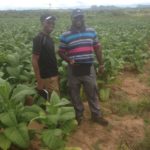 We proceeded to be shown the maize field which the school has embarked on developing this year. Casper Mukabva and Francis Kunaka are photographed in the maize field which is about one hectare. The agricultural labor is contributed by the parents to help generate funds to help fund out of school children. The purpose of this newly developed field is to help raise funds for the school to enhance and raise standards.