One hundred years ago three Redemptorist priests – Frs Thomas Creagh, John Burke and Leo Kirk- stepped off the boat in Cape Town. The dream of St Alphonsus Liguori, founder of the Redemptorists, was about to be fulfilled. Alphonsus had personally wanted to come to South Africa as a missionary but it was in his spiritual sons that his dream became possible. 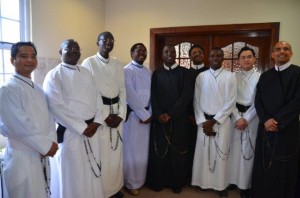 Those first Redemptorists made their way to Pretoria where they settled and began their apostolic outreach. Over the years Redemptorists have laboured in many parts of the country and have preached parish missions not only in South Africa but in many neighbouring countries as well.

Today there are Redemptorist communities in Johannesburg, Cape Town, KwaZulu-Natal and Rustenburg. To celebrate a hundred years of grace, present day Redemptorists gathered in the Monastery, Bergvliet, Cape Town for a Province Assembly from 11th-13th April.

Present at the Assembly were almost all Redemptorists of the South African Province as well as confreres from Zimbabwe, Nigeria, UK, USA and Rome.

The Province Assembly began by a day devoted to the past. This was led by the Provincial, Fr Larry Kaufmann, and involved an exercise in “family memories” of the lives and works of Redemptorists down the years. The next two days were led by Archbishop Joseph Tobin, C.Ss.R., Secretary of the Congregation for Consecrated Life.

Archbishop Tobin’s first day took us to the present and a careful look at crucial issues in Religious Life today. He highlighted questions surrounding the identity of Religious, the primacy of God in Religious Life and the meaning of Fraternal Life in community. He also spoke about Obedience as an axial vow in the consecrated life; he made an interesting claim about the difficulty of being an obedient Religious in a disobedient community. A disobedient community would be one which did not listen to the Word or God or to the presence of Christ at the heart of the community. The importance of the community context in living the vow of obedience became evident. 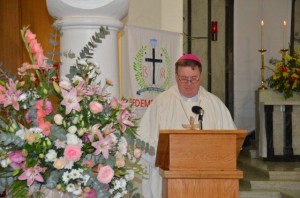 On the last day of the Assembly, looking to the future, Archbishop Tobin led us in a Redemptorist reading of the post-synodal Apostolic Exhortation Africae Munus stressing the place of Reconciliation, Justice and Peace in the Redemptorist charism. Put in its simplest form he summed up Africae Munus in two imperatives: Stay Spiritual and Stay Catholic! By the former he meant that while we engage at all levels of human interest we do not become an explicitly political movement; by the latter he means that we should not succumb to a form of inculturation which baptizes heterodox beliefs and practices.

The final presentation focussed on hope. After an analysis of inadequate attitudes to the future, Archbishop Tobin presented a biblical profile of hope, stressing confidence, expectation, patience and commitment. With Jesus our Hope and the Church a sacrament of Hope we can continue the work of redemption, liberation and transformation. 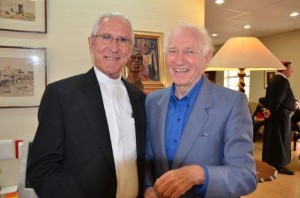 The celebrations of our centenary came to a fitting culmination in a solemn Liturgy at 10 a.m. on Sunday April15th. The Redemptorist bishop of Rustenburg, Kevin Dowling presided at the Mass; Archbishop Tobin preached on the Gospel of the day and how it related to our celebrations. Archbishop Brislin , Archbishop Henry, Bishop Cawcutt, visiting priests from the diocese, many confreres and a packed church joined in the joyous celebration.

Our visitors were able to meet parishioners and old friends in the hall after the Mass. A centenary lunch brought the celebrations to a happy conclusion. 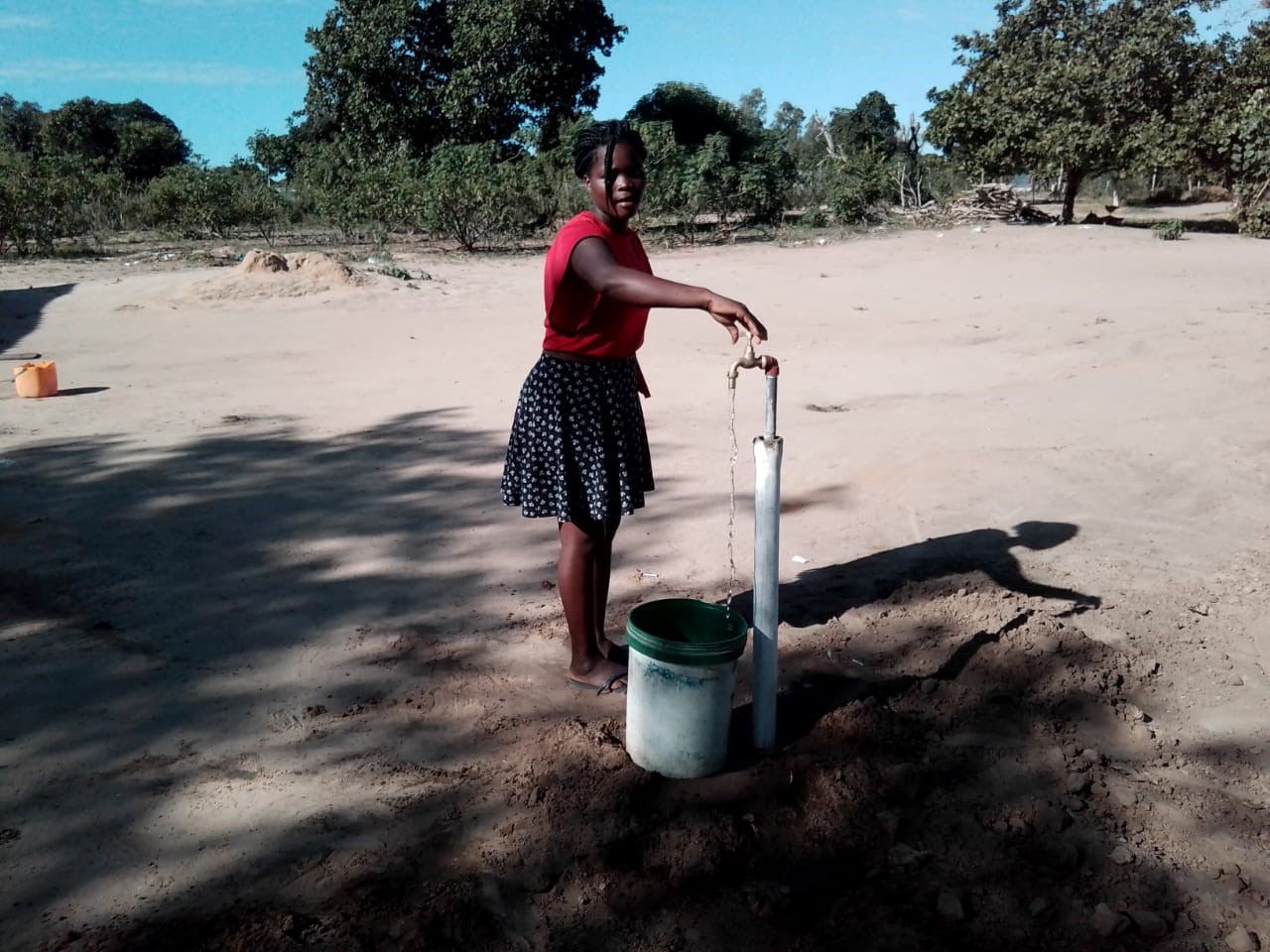 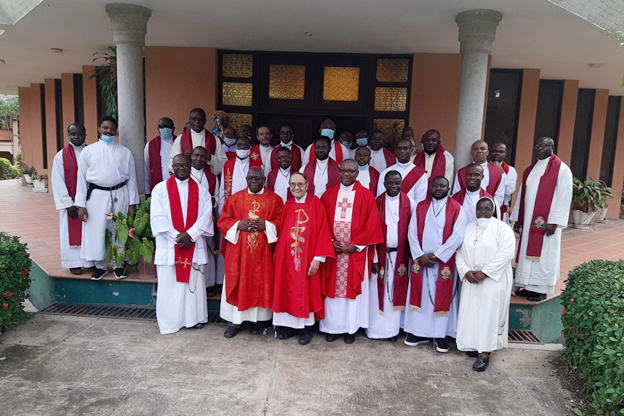 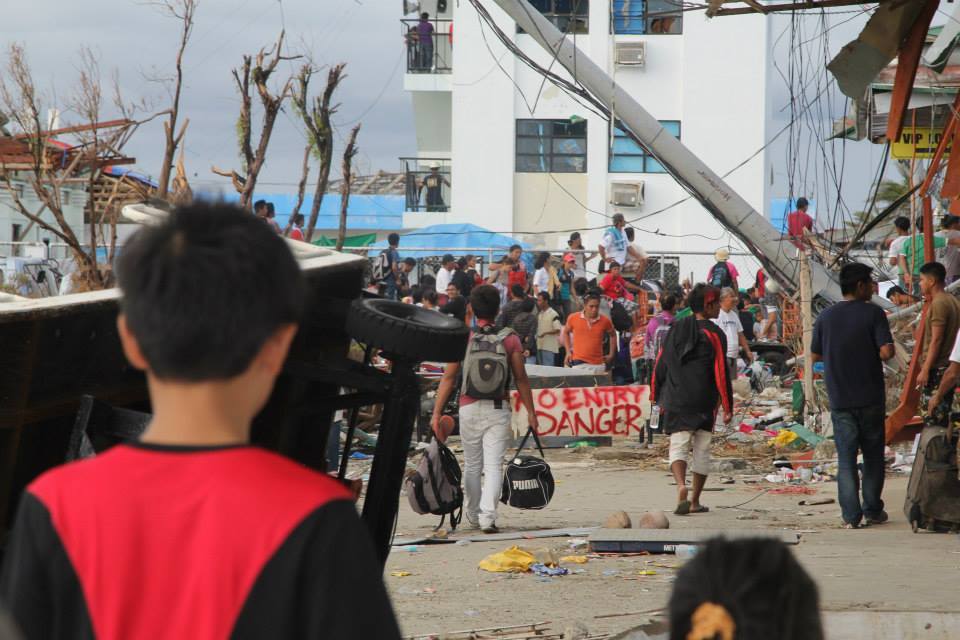