Fr Cornel Omondi Oredo C.Ss.R. He was born in a family of eight of which he is the second last born. On the 2nd of December 2017 he celebrated his thanksgiving mass and the first mass in homestead and for the community in which he grew up. It was a beautiful day as he was surrounded and supported by family, friends, home community, religious sisters and brothers and diocesan priests. He was ordained on the 26th of August at Christ The King, Katito parish in the Archdioecese of Kisumu. Many congratulations to him and we wish him well in his ministry and many years to serve the people of God.

Before mass started supported by religious sisters, priests and family, he started by the blessing of the grave of his aunt. 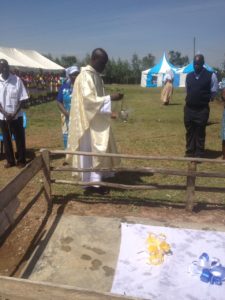 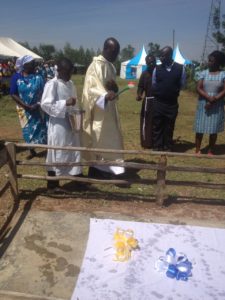 The priests and religious sisters of the diocese then took to the dance floor to officially welcome Fr Cornel as a full member of diocese. Performing the official dance of welcome 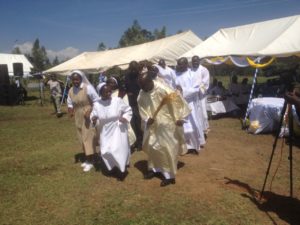 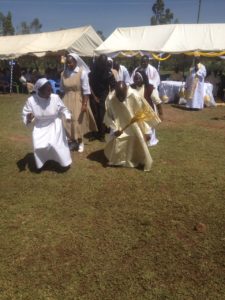 Fr Cornel being presented with traditional symbols from his culture. First was the three legged stool wich is a symbol of manhood. Which is only meant for elders. 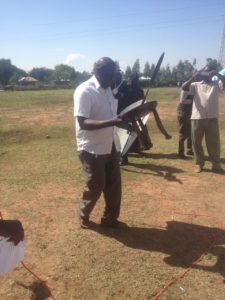 He is being presented with the fly whisk which is to bring peace to people. 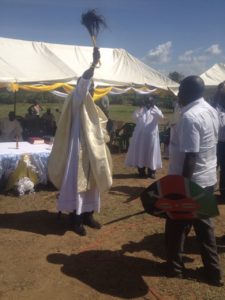 He was then presented with the spear 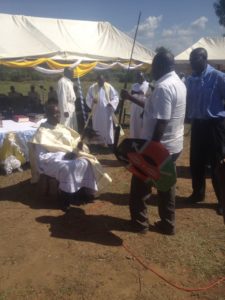 Lastly he was then presented with the shield. 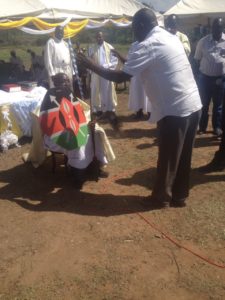 Fr Cornel now holding all the traditional instruments meant to bring peace, protect people from enemies. They were presented to him by the elder of his community. 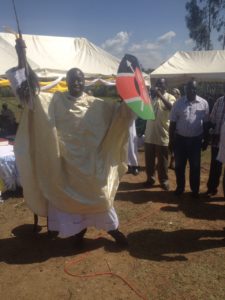 A dance with people from his community, assisted by Fr Titus Mutiku C.Ss.R, whom he started the journey with. 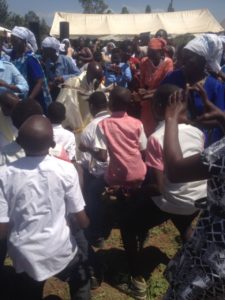 The cutting of the cake with all the priests showing their support and brotherhood in celebration. 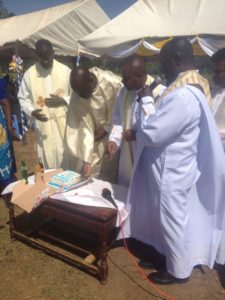 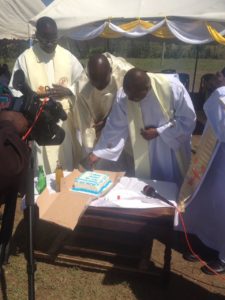 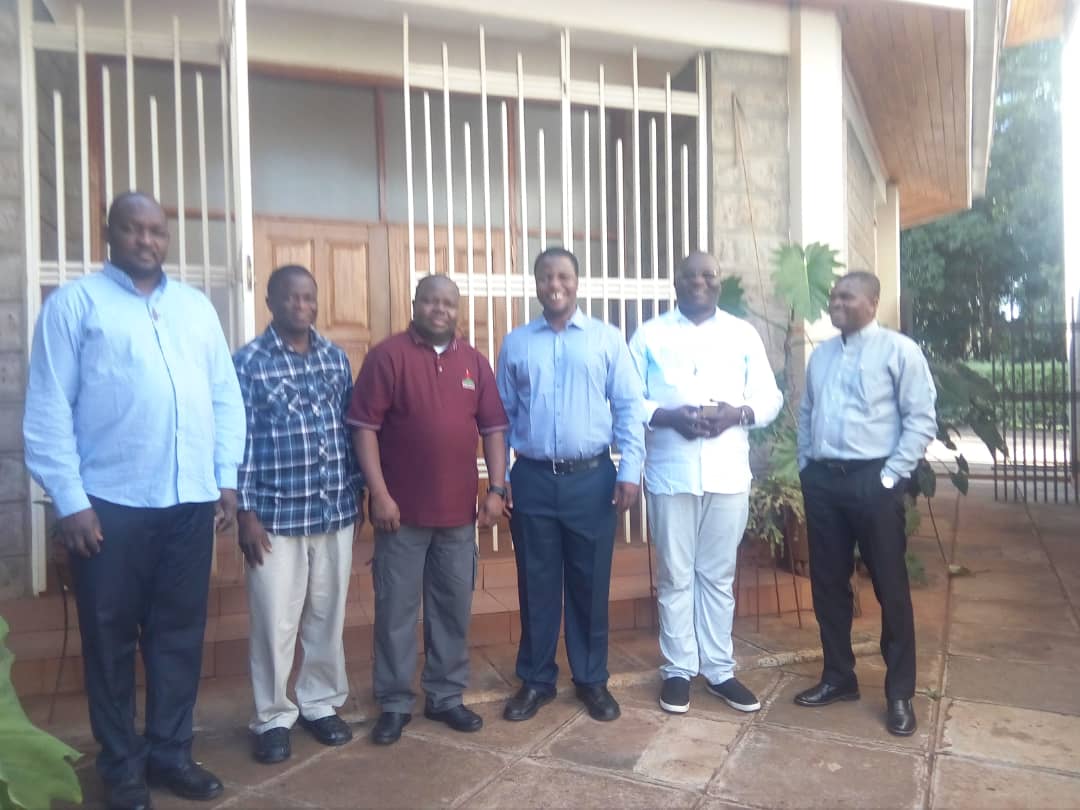 Fr Isaac Curt Davies was ordained a priest on the 8th of September 2012, by the Archbishop of Harare, His Grace Robert Christopher […] 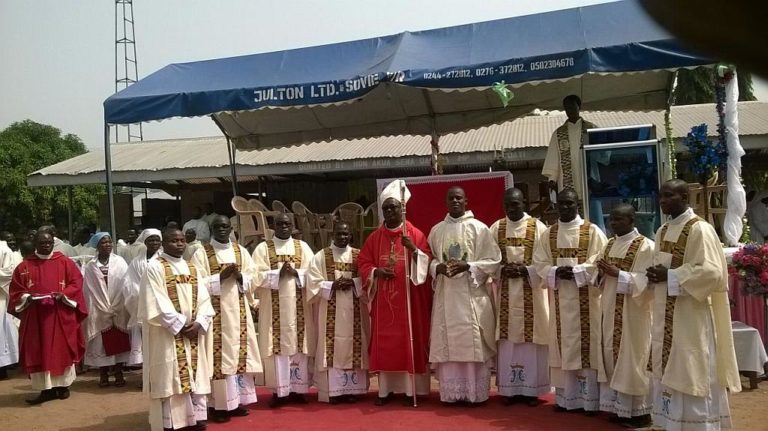 The Confreres greatly rejoiced at the ordination of Fr Mark Torwoe.  Fr Mark was ordained on the 26th December, 2016.  It was […]

COREAM are happy to share our Redemptorist International liturgy in loving expectation for Fr. Zephirin Luyila, celebrated on November 18th, via Zoom.There […]