Caritas Harare in conjunction with Dema District Water and Sanitation Sub Committee (DWSSC) facilitated a community triggering exercise. The exercise was facilitated by representatives from the Manyame Rural District Council, District Administrators office, Ministry of Women’s Affairs, Gender and Community Development, Department of Social Welfare, Ministry of Health and Child Care. The exercise was attended by 48 participants. The triggering was done in line with a Zimbabwe Community Led Total Sanitation (ZIMCATS) which is a new WASH strategy that is being implemented in Zimbabwe by the Ministry of Health and Child Care.  The strategy also makes use of various tools used in the community total led Sanitation (CLTS).The main aim of the triggering process was to facilitate a process whereby rural communities are inspired and empowered to stop open defecation and to build and use latrines, without offering full subsidies to build the latrine. This session was also used to introduce the UBVIP component to the community.

A brief focus group discussion was facilitated and participants were asked what the local words for ‘faeces’ and ‘defecation’ are. Such local words were  then always used during the triggering process.  One could hear words like “kumama”, “KuitaDhodhi” and “Kupazha”, “Dhodhi” and “Matuzvi”. It was  these crude terms for this behaviour that the facilitators used throughout the facilitation process.

The community was asked to draw a map of their village on the ground.  This map was then transferred on to paper. It was highlighted that, full participation of the community was required. In the maps the participants were able to identify possible open defecation sites such as bushes and forest that were located close to households, households who have latrines and those who do not. This map could then serve as a monitoring tool and to build a sense of competition among the community members to build their latrine.

This session involved walking with community members through the village from one site to the other, observing, asking questions, and listening. The facilitators used this as a chance to locate the areas of open defecation and visit all the different types of latrines along the way.  The community was asked to go around looking for faeces at the open defecation sites. When faeces was found community members laughed and asked to move on. However the facilitators insisted on them staying despite the communities’ embarrassment. The community had to face the repulsive sight and smell in the presence of visitors. It was that factor that triggers mobilisation. 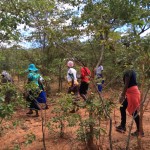 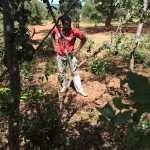 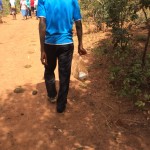 Identifying and blocking the route (IBR)

During this session the facilitator brought a drink and buns. Two participants were asked if they could eat and drink the food that was placed before them.The facilitator pulls a hair from her head and used it to touch it on some faeces on the ground. The hair was dipped in the drink and the buns.

The buns and drink were offered the people who ate it in the first place. The participants refused to eat and drink the food stuff. The facilitator asked the participants why they refused to eat the food one could hear answers like “rine dhodhi” meaning it contains faeces. Participants were the asked how many feet a fly has, they answered that it has six feet. The facilitator went to ask if  a fly could carry more faeces than a strand of hair and  the community said ‘yes’.  Community members were asked what would happen when flies sit on their or their children’s food and plate. It was noted that flies were bringing “Dhodhi”(faeces) and diseases such as cholera and typhoid. The community members were able to identify that everyone in the village is ingesting each other’s faeces. 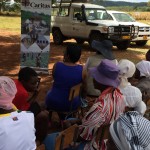 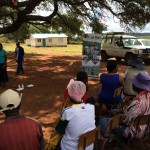 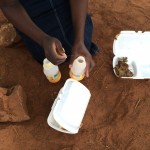 The community members were asked to try to calculate the amount of faeces ingested every day. The facilitator calculated the amount to faeces produced which helped illustrating the magnitude of the sanitation problem. The amount of human excreta   being generated by each individual or household per day, week, month and year was calculated.  The sum of the households was added up to produce a figure for the whole community.  It was noted that the community was eating 25, 200 kgs of faeces per year that is 25,2tonnes. Medical expenses were calculated and it was realised that it was cheaper to build a latrine as it lasts for 10-15 years other than incurring medical cost above 300 for the next 15 years. 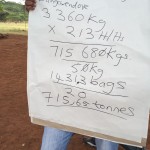 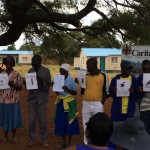 The triggering session ended with a recap of the processes the participants went through. There was a committee set up that would move around assessing communities and villages that achieve zero open defecation. 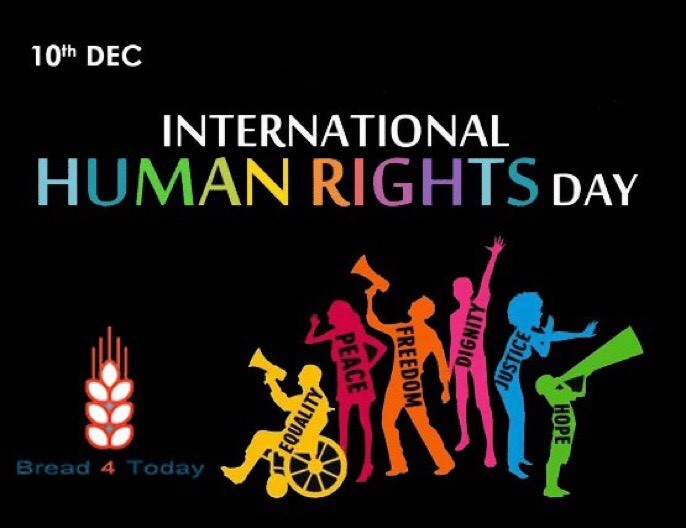 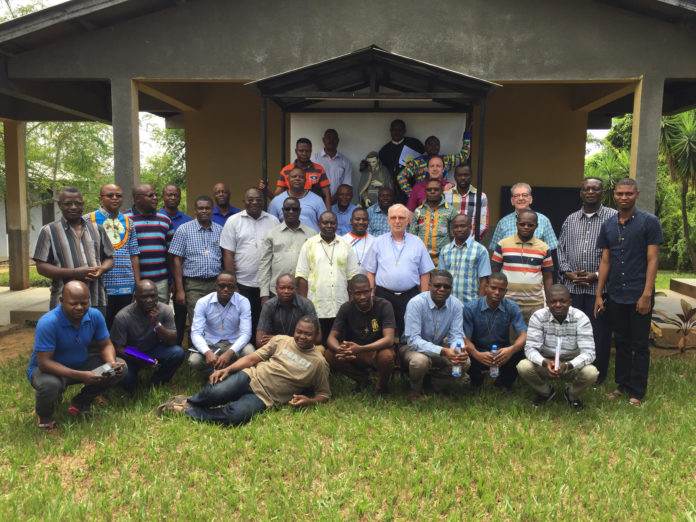 (Matadi, Democratic Republic of Congo) – The Redemptorists of the Vice Province of Matadi gathered together from 12 to 16 March 2018, […] 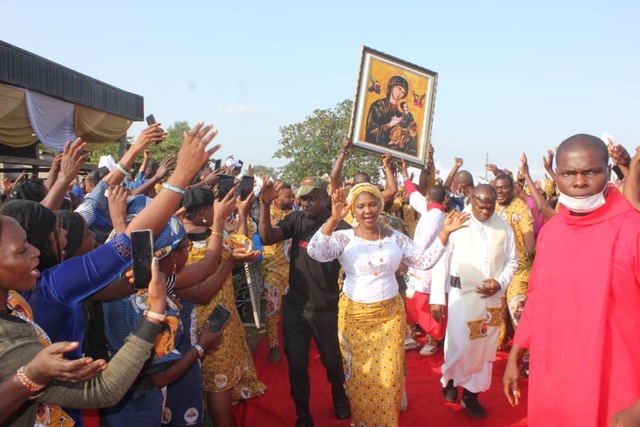 The 2021 Annual National Convention and 10th Anniversary celebration of the Confraternity of Our Mother of Perpetual Help have come and gone, but […] 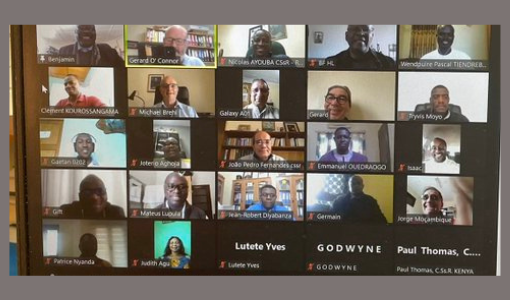 Great to see #Redemptorists gathered for Annual Assembly in Africa & Madagascar online. There are participants from 13 countries enaged in this […]