CLOSURE OF YEAR OF FAITH IN ZIMBABWE

On Saturday the 23rd of November, all roads led to the Harare City Sports Centre where the Archdiocese of Harare was celebrating the Closure of the Year of Faith. People began to arrive around 6am, having started their journey as early as 4am from the farthest reaches of the Archdiocese. Some had come the day before and spent the night with relatives in the capital.

As I drove in at 8:45, all roads leading to the City Sports Centre were overflowing with colorfully dressed faithful making their way to the venue. The sky blue and white of Our Lady Queen of Heaven (Hosi Yedenga) and Agnes and Alois  Guilds, the red of the Sacred Heart (Moyo musande), the cream and brown of the St Anne’s (Mbuya Anna) Guild dominated the landscape and were speckled here and there with the brown of Our Lady of Mount Carmel, the deep blue of Simon Peter and Mary guild, the black, white and yellow of the Catholic Youth Association guild and many other associations of the faithful.

More color was added by the thematic wrappers designed for previous events like the Year of the Priest, the Year of St Paul, and various patron saints and parish commemorations. Many of the congregants were wearing clothes made out of the beautiful red and white wrapper of the Year of Faith itself. All the priests who concelebrated with the Archbishop were dressed in specially designed and tailored Year of Faith stoles.

A long procession, comprising the faithful, religious sisters, seminarians, priests and the Archbishop began to make its way into the arena at about 9:45. The singing had already began, continued into the celebrations and was of the highest quality.

The well rehearsed Shona choir was ably complemented by an equally well groomed English choir. The Shona choir’s spellbinding antiques included hymns in Ndebele, Nyanja, Chewa and Tonga, languages spoken by a significant number of people of the region who have made their home in Harare.

The Eucharist began with the rite of the Asperges and the Archbishop and several priests wormed their way through the pews sprinkling everyone with water, to symbolize the cleansing of sin in preparation of celebrating the sacred mysteries, and in commemoration of baptism.

The homily was given by Fr Raymond Mupadasekwa C.Ss.R., who emphasized that the closure of the Year of Faith does not mean the end of our journey of faith. He exhorted the faithful to continue telling the story of faith and handing on the faith and giving witness to the faith.

At the end of the Mass the Chairperson of the Archdiocesan Pastoral Council, Mr. Tsuro gave the vote of thanks to everyone who had come to the celebration. He expressed his gratitude for the many efforts and sacrifices made by all to prepare for, and make this day a success.

The Archbishop addressed the people before the final blessing and added his own gratitude at the manner that the Year of Faith was received, lived, celebrated and closed in the Archdiocese of Harare. He iterated that the story of faith must continue and should not end with this closure. The celebration ended on a very high note and many people whom I talked to were very pleased. 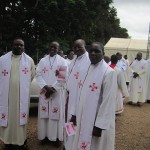 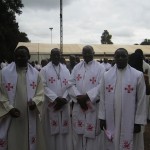 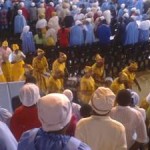 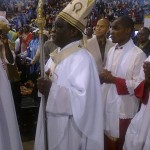 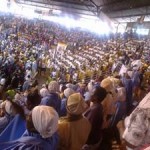 In these pictures:- Fr Elias Gweme C.Ss.R, Fr Guy C.Ss.R the Coordinator for the Redemptorist Conference for Africa and Madagascar, Fr. William Guri C.Ss.R and Fr Lukio Davison, the dancers during procession, His Grace Archbishop Ndhlovu and the faithful

The Redemptorist Solidarity Office, working in partnership with the Redemotorist Liguori Province, in India, swiftly resonded to , and supported families, whose […]

On December 9th 2012, the Redemptorist COREAM Coordination team will travel from Nairobi to Juba in South Sudan. At the COREAM assemblies in […] 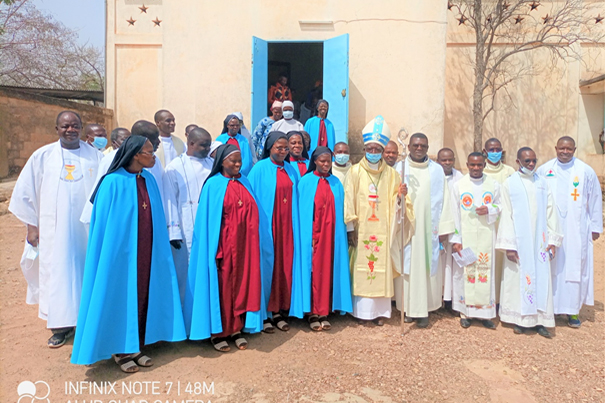