TACKLING THE ISSUE OF FOOD AND LIVELIHOOD INSECURITY

As part of its commitment to Young People, the Redemptorists in Africa and Madagascar are committed to supporting initiatives that help families to have a guaranteed nutritious meal each day.  In this section, we tell the story of one project led by a Redemptorist in Zimbabwe.

The humanitarian situation in Zimbabwe remains very serious.  The negative effects of the socio-economic collapse of more than ten years are still being felt by the majority of households.  The World Food Programme has estimated that 1.68 million Zimbabweans in 2011 were food insecure. Compounding matters, Zimbabwe has one of the highest HIV and AIDS prevalence rates in the world with an estimated 1.2 million people living positively with HIV and 378,200 adults and children needing the much needed ARV drugs which are in short supply.

The Redemptorists are supporting a programme to tackle the issue of food and livelihood insecurity amongst young people in communities in the capital city Harare .  Br. Francis Marimbe C.Ss.R.  is leading a programme focused on the communities of  Mbare, Tafara and Chishawasha.  Mbare is a high-density suburb close to the centre of Harare.  Tafara is a high-density suburb located 15km from Harare and Chishawasha is rural community located about 25km from Harare.

This project is helping young people in these communities to establish chicken coops and greenhouses to produce vegetables.  It is providing food for these groups and the local communities at affordable prices and income raised is being reinvested into the project to start other income generation projects for these young people.

The project targets young people and supports poultry and vegetable production through the use of drip irrigation and green houses.  The project has developed Chicken coops and greenhouses with drip kits.  Training is provided in Horticulture production and chicken rearing.  The local communities are asked to provide labour and security for the project.  Cucumbers, tomatoes and green peppers are being produced.  The greenhouses also act as propagation centres for onions and leafy vegetables. The project is being implemented in line with the recommendations of FAO/WFP Crop and Food Security Assessment Mission in Zimbabwe. 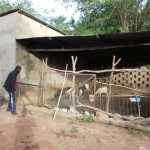 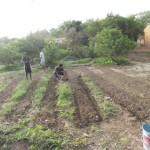 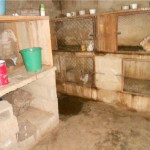 This project is focused on young people in the target communities recognising their vulnerability to food and livelihood insecurity but also the multiplier effect that can be generated by empowering them.  Young people are the main breadwinners for many families in these communities as HIV/AIDS has had a devastating effect on their parents generation- a problem compounded by political and economic upheaval which meant that men of working age had to leave Zimbabwe to work in South Africa.

Beneficiary selection is based on selection criteria agreed with community leadership structures.  The most vulnerable young people are prioritised with young people being selected due to their family background and situation.  The process is being guided by the Vulnerability Selection Criterion in the Sphere Handbook and the Humanitarian Accountability and Quality Management Handbook.

The Redemptorists are implementing similar food security programmes in Niger and the Congo.