ARISING FROM THE ASHES OF CIVIL-WAR

The province of Kwando-Kubango in the South East of Angola is one of the poorest with an area of 199.335 km with a population of 714,826 people  3.58 habitants for each 1km2).  The population rely on subsistence agriculture, there are no industries, illiteracy rates are as high as 70%. The Redemptorists arrived in Menongue in the Kwando-Kubango Province in 1954 and have engaged in ministry and development work in this region ever since.  The Redemptorist mission is based 6km from Menongue town.  In 1971, the Redemptorists opened the Saint Paul Formation Centre with a focus on training Catechetical Leaders and Rural Development Workers.  Given the intense rural district served by the Redemptorists, the centre was designed with the capacity to accommodate 66 people and their families for two year courses.  The centre functioned well until 1975, when the civil war forced the closure of the centre.

The civil war in Angola was fierce and very stressful and damaging.  The Redemptorists continued to serve the people from Menongue during this dreadful time in Angola’s history.  The buildings and classrooms at Saint Paul’s were attacked, abused and badly damaged during the years of war.  The Kwando-Kubango Province remains incredibly underdeveloped. The majority of people live on less than a $ a day.  The people have implored the Redemptorist to reopen the Saint Paul Centre and to initiate again their programmes in training Catechetical Leaders and Rural Development workers.

The Redemptorists entered into lobbying campaigns and negotiations with the post-war Angolan government and have made progress in securing resources to complete the redevelopment of the Saint Paul centre on a phased basis. The Redemptorist’s aspiration is to complete this centre, furnish the centre, recruit qualified staff and to re-launch the centre apt to accommodate  sixty to seventy people on two year programmes, offering courses in catechetics ,evangelisation, agriculture, hygiene, public health, gender, human rights, income generation, HIV/AIDS  water, sanitation etc.  The project needs funding for Classrooms, and an Auditorium, library and meeting rooms as well as a washing area, residential house and kitchen.  The project also needs seed capital to help it operate for the first number of years before it develops strategies for self-sufficiency. 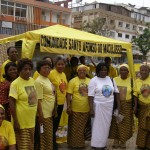 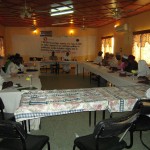 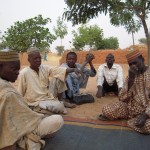 In January 2012, the Redemptorists are launching a campaign to help fund this important initiative, to support Saint Paul’s in becoming a critical resource centre for the impoverished and suffering people of the Kwando-Kubango Province. It is expected that 800 people can be empowered over a five year period to become rural community development workers and activiists to help transform this impoverished  part of Angola.